The Science behind the Goji

Treasured for longevity and energy in the Tibetan culture, Lycium Goji berries became the focus of recent intense medical  research when scientists discovered that these berries contain an
abundance of health- promoting constituents including:

In addition to being the best antioxidant food  available, the Goji berry has powerful immune-supporting agents, as verified by modern scientists and have been found to
have extremely high levels of immune-stimulating  polysaccharides. The Tibetan Lycium berries (Goji) are also an astonishing 16 to 17 percent protein by weight.

Have you ever seen a peeled apple turn brown? Free radicals are the culprit. The same thing happens when the body is stressed-either physically or mentally, or from
environmental toxins.

If free radicals remain unchecked, they can even attack DNA, the blueprint used to create each new cell in the body. If not repaired, damaged DNA copies itself to new
cells created. In this manner, each new cell is damaged, and mutation can occur. A number of studies show that the Goji berry is protective against DNA  breakage and
mutations. Additionally, ellagic acid, found in Goji berries, blueberries and pomegranates has been found to "protect DNA against injury."

How To Use Goji Berries

Goji berries are easy to use and there are so many ways to enjoy them. Make your own Goji Juice by simply re hydrating the berries in water or
juice for about ten minutes and add to your favorite blender drinks. For an affective daily amount you only need a small handful or about 14 grams.
Use them in hot and cold cereals, blender drinks, fruit juice blends, tea's, trail mixes, soups, whole fruit and nut bars, bread, baked goods, salads, and raw food
recipes. Let your imagination SOAR with this creative culinary delight!

The Qualities of Health and Healing of the Tibetan Goji berry!
There is an ancient Berry that has a history only recently recognized in the West. It has been present during, and been a witness to, some of the most profound  events in Human history, and probably nourished those who played a part in those events.
It graced the walls of the sacred monasteries and remote valleys in Tibet and Mongolia and has nourished great dynasties through their rise and fall.
The Tibetan Goji and many other wonderful healing botanicals were sought after by the Emperors of China because Tibetan botanicals were referred
to as 'heaven grade' the best of botanical medicines growing in the highest and purest environment.
In this case we are talking about the Tibetan Goji Berry. The assigned Latin name is: Lycium Chinensis.
The Goji berry is a food and everyone knows that natural whole foods especially fruits are packed with phyto nutrient energy. The Goji Berry can be found as a foundational ingredient in many Traditional Tibetan medicines and address vitality, longevity, internal organ regeneration, immune enhancement and production of healthy blood. The Tibetan Chinensis variety is preferred because of its purity, it's neutral energy being a balance of PH and traditional use in Tibetan medicine. The Chinese variety is Lycium barbarum called Gou Qi Zi (this is not a Goji) is a widely cultivated crop. The down side of the Lycium barbarum is the extensive use of pesticides in all commercial farms across China as this undermines any benefit the Lycium barbarum variety may offer.
What is so amazing about the Tibetan Goji berry is that it is almost a complete protein as there are 23 amino acids that we need to live and 9 of these are essential. You must have these 9 to make the other 14. Preferably these should be present in our daily diet. We build new proteins in our body from amino acids. The fiber content is about four grams per quarter cup of berries.
The minerals content is important and the highly mineralized run off from these remote Goji growing valley and mountain area's creates a soil very different from our devitalized farmlands. These ancient soils where the Goji berry grows is a key factor to this special berries en significance, so pure and so rich in chi energy as well as minerals.
The main qualities the Goji berry offers are:

1.   Anti-Oxidant (anti-aging) power
2.   Immune support
3.   Growth hormone and Endocrine support
Anti-oxidant (anti-aging) Power
Oxygen is good for you but sometimes oxygen exists in a form that is harmful. The oxygen we breathe is in a double molecule form called O2 (two atoms of oxygen connected like a little dumbell). If you add an extra atom of oxygen it becomes O3. This is ozone.
O3 is not very stable and is always trying to convert back to oxygen (O2). When this happens, a single atom of oxygen is set free (singlet oxygen). This is also
unstable and wants to quickly join up with anything that will accept it, especially preferring any site where there is a deficiency of oxygen.
The result? Low oxygen organisms, such as bacteria, fungus and yeasts, get frizzled by the frantic singlet oxygen free radicals that try to join up with them.
This is a bit like being knocked off your feet by an over enthusiastic St. Bernard running to greet you. Cancer cells, pre-cancerous and damaged cells are also
killed off by this process.
This is all supposed to happen.
The trouble is… we need to make sure that healthy tissue has a way of protecting itself from the over zealous free radicals. We don’t want healthy cells caught up in the chaos. The things that save healthy cells from free radical damage are therefore called anti-oxidants.
Imagine being stung by 10,000 angry bees continuously. That is similar to what the average cell in our body is experiencing, with free radicals impacting the outside of the protective membrane, which is covered with millions of delicate antenna-like sugar molecules.
Such irritation is part of the inflammation process.
Now imagine a beekeeper with his protective suit on. He is now like a cell with adequate anti-oxidants protected from the stings.
The thicker the suit the better the protection it provides. The more anti-oxidants we have the better the free radical protection.
We can also reduce the number of bees. In the body we can do this by lifestyle changes that reduce the number of other free radicals produced by avoiding cigarette smoke and pollution, fried fats and microwaved foods, stress, excessive exercise and excessive sun, to name the common free radical sources. By looking after our liver we automatically reduce the production of free radicals.
How Do Free Radicals Do Damage?
Each free radical can destroy an enzyme or protein molecule or even an entire cell. The damage is actually even more extensive because each free radical usually generates a chain of free-radical reactions, resulting in thousands of free radicals being released to destroy body components.
Five basic types of damage caused by free radicals:

1.   Lipid peroxidation —free radicals initiate damage to fat compounds in the body, causing them to turn rancid and release more free radicals.
A chain reaction resulting in billions of “hits”, or cell impacts, occurs.
2.   Cross-linking —free radical reactions cause proteins and/or DNA molecules to fuse together. In the skin this is called a wrinkle. In a critical tissue
like the retina or kidney for example, it is degenerative changes. Amyloid tissue in the brain (Alzheimers) is another example.
3.   Membrane damage —free radical reactions destroy the integrity of the cell membrane, which in turn interferes with the cell’s ability to take in
nutrients and expel wastes. Receptors are damaged or destroyed and critical cell markers can be obliterated.
4.   Lysosome damage —free-radical reactions rupture lysosome cell (digestive particle) membranes; these then spill into the cell and digest critical
cell compounds.
This causes premature death of the cell only to be replaced by another damaged cell. This is a compounding of damage.
5.   Accumulation of the age pigment (lipofuscin), which may interfere with cell chemistry. These are “human rust spots” (which commonly appear on
the face, backs of hands, in older people), indicative of degeneration and DNA damage.
Source: The Nutrition Superbook, The Antioxidants, edited by Jean Barilla, M.S., Keats Publishing, Inc., 1995
Liver toxicity
The liver operates through two distinct phases. Phase one can be likened to a conveyer belt in a factory with raw, unprocessed waste arriving on it 24/7 (24 hours a day, 7 days a week).
An intermediate substance, very high in free radical activity is produced as a result of Phase one, and this part of the process can be likened to a hopper at the end of the above conveyer belt, receiving the waste that has not yet been fully processed into its safest form.
Phase two of liver function has the job of converting this potentially damaging, intermediate substance into a water-soluble form for safe elimination via the kidney. This can be likened to a fellow on a forklift picking up the contents of the hopper and mixing it with water to dilute and finally discharge it, safely, from the factory.
Under increased toxic exposure, Phase one speeds up whilst Phase two can slow down, if certain critical plant-based nutrients and amino acids are not present in adequate amounts to support Phase two.
This can result in the intermediate substance overflowing into tissues and causing irritation and initiating the inflammatory process as tissue is damaged. At this point one may even feel “toxic”.
Anti-oxidants protect you from the free radicals generated from this liver stress to a degree. It would be better to reduce the amount of waste arriving on the "conveyer belt of life" in the first place by choosing healthy lifestyle options.
There are many anti-oxidants in nature. Many are Vitamins, such as Vitamin A, C and E. Others are in various forms like CoEnzyme Q10, OPC’s found in Grape seed, polysaccharides, Polyphenols found in Green tea and even cocoa contains different antioxidants. The most colourful fruits and vegetables have the most antioxidants. Berries therefore win hands down.
One thing in common is that anti oxidants are largely found in the plant kingdom and especially in fruits. 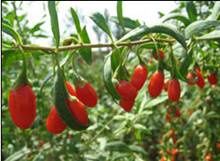